Why I (want to) build an AutoMapper in TypeScript?

Hey, it’s been around a month since my last blog post 😢. Work has been pretty busy lately for me. Talk about work, this week marks my 2 years as a Developer at ArchitectNow. Over the course of 2 years, I’ve learned so many cool technologies like: .NET Core, Swagger/OpenAPI and especially AutoMapper. 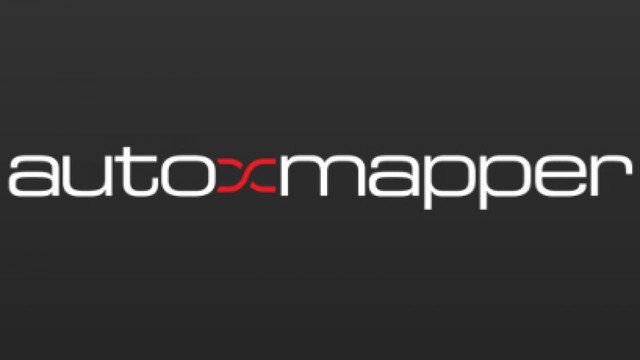 AutoMapper is “A convention-based object-object mapper. 100% organic and gluten-free. Takes out all of the fuss of mapping one object to another.” created by Jimmy Bogard (Github). It’s a pretty simple description of what AutoMapper is, ain’t it? Well, it does a lot for you. And it’s an awesome tool given the very high capability of Reflection in C#.

tldr; AutoMapper is a tool that provides Object Mapping by convention. If you construct your View Models consistently with your Domain Models, then you have established a convention and AutoMapper is a great tool for situations like this. It will take away all the boring mapping. You can read the whole blog post here: Automappers Design Philosophy. I’ll quote the last part of the blog here:

By enforcing conventions, we let our developers focus on the value add activities, and less on the activities that provided zero or negative value, like designing bespoke view models or writing a thousand dumb unit tests.

And this is why our usage of AutoMapper has stayed so steady over the years - because our design philosophy for view models hasn’t changed. If you find yourself hating a tool, it’s important to ask - for what problems was this tool designed to solve? And if those problems are different than yours, perhaps that tool isn’t a good fit.

AutoMapper is not that well-known, and hated

I know of AutoMapper through work and I was (still am) very impressed with how convenient AutoMapper is. But I’m a tad surprised when no one really knows what AutoMapper is when I ask around. If people don’t really know what AutoMapper is, it kind of defeats my purpose of creating it in TypeScript and will be really hard to promote it 😅. This Reddit post also discusses about whether you want to use AutoMapper in your project. There is also a plethora of blog posts about “Why No AutoMapper?” (I was googling for Why AutoMapper? 😅). Here’s one of them (and it’s a good blog post to be honest with you) Why I Don’t Use AutoMapper.

But I still want to use AutoMapper in TypeScript

Like I mentioned above (and also in some of the blog posts), AutoMapper in the TypeScript world isn’t really a thing because of how limited the Reflection Capability in TypeScript is. It is not as good as C# because in the end, TS is compiled down to a dynamic language, JS, anyway.

Let me dial back to why we use AutoMapper at work in the first place. At ArchitectNow, we utilize Swagger/OpenAPI heavily to document our APIs, and combined with tools like NSwag or swagger-codegen, we have an automation pipeline to generate HTTP calls for client-side applications: a web app or a mobile app. Basically, we have our Domain Models which are the shape of data that will go in the Persistence Layer (Database) of the application. On one hand, we also have conventionally matching View Models that will be exposed to be used by the Clients via Controllers (API Endpoints). Without AutoMapper, we would have to “manually” map a lot of data back and forth on every single API calls. Everything’s good on the C# side of things, because we have AutoMapper.

On the NodeJS side, we take a big interest in NestJS. If you don’t know what NestJS is, you can learn about it here. tldr; NestJS is a NodeJS framework that takes on Angular-like architecture which helps with building maintainable and scalable server-side applications. When building NestJS applications, we use the same approach as we build a .NET Core application. Domain Models <=> View Models. Unfortunately, there isn’t a “good enough” AutoMapper library in the TypeScript world. There are some worth mentioning:

…but all of them have some problems, for me. automapper-ts is a bit outdated and doesn’t seem to be actively maintained. @wufe/mapper is also great but doesn’t support as much as I like it to and it might be hard/long for features that I might want/look for in an AutoMapper tool to be supported. Last but not least, morphism is something that comes up in my search and it looks super interesting, its syntax does not adhere to AutoMapper syntax however.

With all of these in mind, I’ve decided to take a stab at creating my own AutoMapper in TypeScript, mainly inspired by automapper-ts.

Again, Reflection is a big part in trying to solve the auto part of AutoMapper. Let’s look at one example:

the above .ts block will be compiled to .js:

So now when you try to instantiate a new User() by writing the following:

In the C# world, AutoMapper will be able to map User.FirstName to UserVm.FirstName because of Convention. They share the same property name FirstName. On the contrary in TS, you cannot do that without having to do a bit more work. The User instance in TS doesn’t contain any properties because we never actually declared them in our User class. Remember what I said about Typings will NOT be persisted earlier, this is exactly that problem.

You can kinda fix the problem by writing the following:

Now, the compiled JS code will look something like:

You can see that we now actually declared firstName and lastName on this instance when we new() up one. Hence, when you do the following:

Great! I have firstName and lastName in my User instance. But why are those important? Because we have to auto-map them. Technically with AutoMapper, you never really do a map manually by: userVm.firstName = user.firstName, AutoMapper is supposed to do that for you. What we can do to help AutoMapper (actually, we need to) is to create a Mapping between a Source and a Destination (User as Source and UserVm as Destination in this case).

I expect my automapper to do the following when it starts mapping User -> UserVm:

Without firstName and lastName being “visible” on a new instance of UserVm, it is impossible to map in this case because Object.keys(destination) will return an empty []. There was no key on destination. The short-hand syntax to declare class properties inside of constructor was my first iteration of the library. Shortly after, I tried to utilize reflect-metadata to declare the properties on the class “automatically”. However, I kinda ran into the same problem which was no properties was there in the first place to grab. Class Decorator does not provide any information about its property and Property Decorator is kind of verbose but Property Decorator is like my only answer to this at the moment. Talk about Property Decorator, I suddenly remembered a library that kind of has that already, which is class-transformer. I turn to class-transformer for not having to reinvent the wheel (well, for being lazy 😅). This library provides three things that I need:

There are a lot more problems that I’ve faced and am still facing while trying to build this first library. Namely, they are features that the original AutoMapper supports like: Reverse Mapping, Type Converters etc… which I will go through each one in more detail in the next blog. I also face problem with getting a value on an object with a path which I turn to lodash.get (because I’m lazy to implement it and I probably won’t implement it to cover enough cases like Lodash does aka best excuse ever!). Keeping the syntax as close to AutoMapper as possible is also a pain point, Fluent API 💪. In the end, I am proud of myself for doing what I’m doing. Trust me, you’re going to learn so much when you try to build a library, or a solution to your problem in general. Sharing my thoughts and my work with others is such a great way to reflect on what I’ve been doing and it brings me such joy to share my findings and knowledge with everybody out there. Thank you for reading and I’ll see you in the next one which is going to be: AutoMapper TypeScript in Action (Link coming up). Finally, my library is actually live and is on npm, you can check the Github repo out here. Please feel free to try it out, look through the source and leave me ANY feedbacks in the Issues section, I am happy to receive feedbacks, good or bad 💪. Thanks again and I’ll see you soon. 👋